While some political parties like Labour and National have well-used colours and logos, New Conservative had a tough act to follow. To compete with the big players, they needed to look the part. There is no prize guessing which route they took in re-branding? The conservative approach.

NC needed to convey boldness and bravery. A brand that would always be loud in speaking the truth.

They needed a colour that stood out, and their long-used light-blue struggled to do that as other right-wing parties adopted the colour as an accent. The team took on the creative challenge to seek for a colour that would stand out amongst well-know parties like Labour, National, ACT, the Greens, and the Maori Party. They eventually landed on the traditional colour used by conservative Christian parties: orange. To reinforce the strong values that New Conservative represents, navy was added to contrast this fiery orange with weightiness, while light-blue was retained as a secondary accent to tie the party to its past.

"It was refreshing and we really like the vibrant colours. I think it fits us very well," says co-leader Helen Houghton.

Co-leader Ted Johnston also commented that "We want to be recognisable. We want people to see our initials and have the confidence to say 'that's the party for me.'"

New Conservative has adopted a bold and energetic style; a simplified logo; and guidelines on how they communicate the truth consistently and clearly.

As part of the re-branding effort, the board took time to deliberate on their principles and values (brand promises). New Conservative believes in conserving the good in New Zealand.

Since their founding they've been the party that stands up for family values and the sanctity of life. This remains a focal point of their identity.

They will continue to pursue equal justice for all and the right for local communities to have meaningful democratic control over issues that affect hem.

Conservation and care for the environment are essential so that future generations can enjoy the beautiful natural resources we have been given stewardship over.

Economic security is a core part of family formation and growth and national sovereignty is key to our social cohesion and independence as a country.

Become a member to join us in this fight. 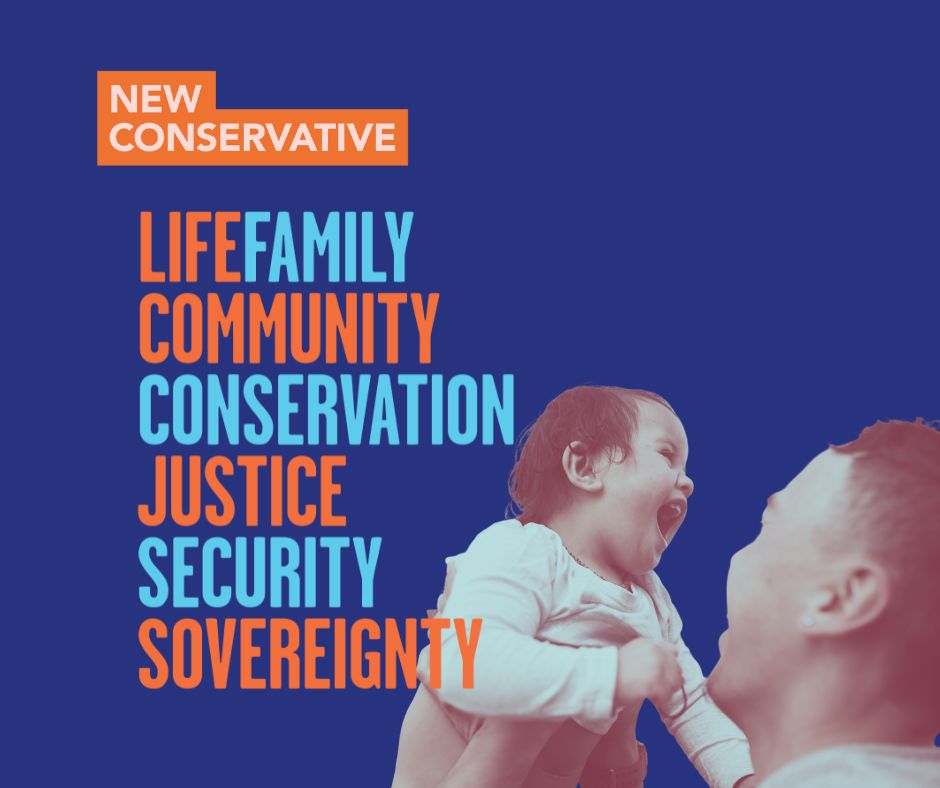 An the recent conference on 7th October 2022, board secretary Dieuwe de Boer spoke about how NC will fight to bring greater public awareness to the issues that matter to you.

"We're the party that's willing to speak out against the anti-family gender ideology in our schools and the climate scams that threaten to destroy rural New Zealand. We stand up for life, family, localism, and freedom of speech. We will be a platform and forum for conservative ideas to develop and flourish in New Zealand, now and for decades to come."